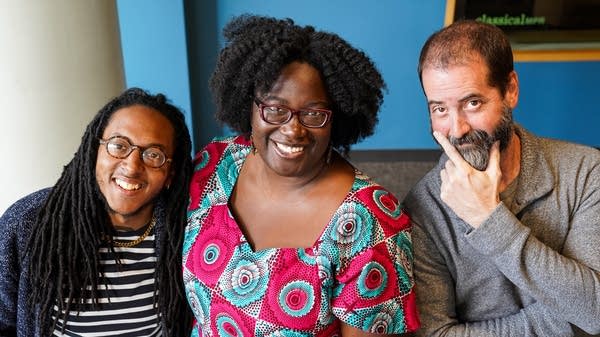 In a world of string quartets, symphonies and sonatas, the art of songwriting maintains its status as one of the most important modes of musical expression. In this opus, Garrett and Scott chat with Kashimana Ahua ⁠— a singer-songwriter, composer, producer, lyricist and artist from West Africa who found a new home ⁠— and so much more ⁠— after moving to Minnesota. In the prelude, the guys recall some of their favorite songs and briefly discuss a work that was originally titled “The N----- Quartet.” This opus concludes with a performance of an original song by Kashimana that was inspired by prompts written by the hosts.